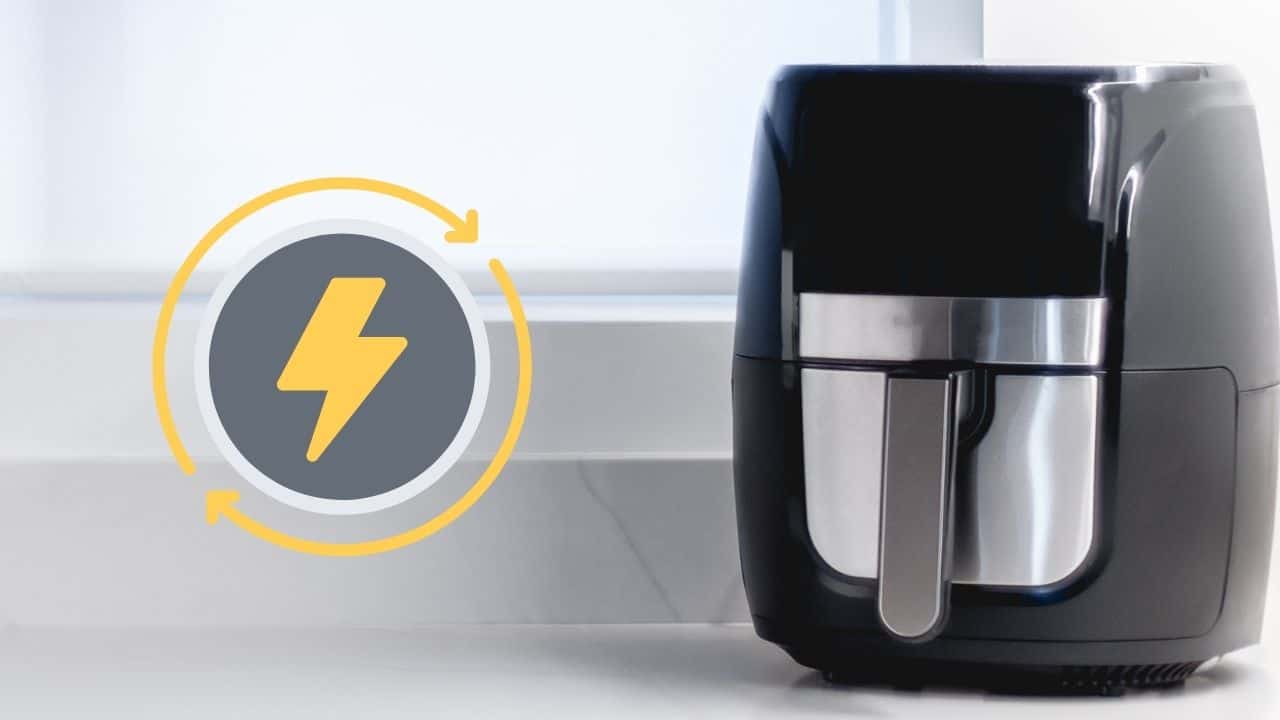 Are air fryers energy efficient? This is a question that many people are asking these days, as more and more of them hit the market. So what's the answer? Well, it depends on how you use your air fryer.

In this blog post, we'll take a look at some of the key things you need to know in order to make sure your air fryer is as energy-efficient as possible. Stay tuned!

Table Of Contents
Are air fryers energy efficient?
Do air fryers use a lot of electricity?
Is it cheaper to use an air fryer than an oven?
Is it healthier to cook with an air fryer?
4 Tips for Cooking with Less Electricity
Final Thoughts on Are Air Fryers Energy Efficient! Yes, air fryers are designed to be more energy efficient than your traditional oven. On average, an air fryer uses 1,000 watts compared to the 2,000 watts that a conventional oven takes to operate.

This means that an air fryer uses about 50% less energy than a standard oven. Additionally, since air fryers cook food faster than a traditional oven, you'll save even more energy by not having your oven on for as long..

Air fryers are also small and compact, so they take up less space in your kitchen.

This can be a big plus if you have a small kitchen or live in an apartment where space is limited. And since air fryers don't require any preheating, you'll save even more energy by not having to waste time and energy heating up your oven before cooking.

So, if you're looking for a way to save energy and money, an air fryer is a great option.

Do air fryers use a lot of electricity?

Air fryers are definitely gaining in popularity, especially as people become more health-conscious and wanting to cook with less oil. But one common question about air fryers is whether they consume a lot of electricity.

The amount of electricity that an air fryer consumes is relatively low. Most models will use between 100 and 200 watts, which is on par with a typical countertop oven. So if you're worried about your energy bill, an air fryer probably won't make much of a difference. One thing to keep in mind is that air fryers can vary quite a bit in terms of size and features. Some compact models may use less electricity than the larger ones, so it's worth considering what you 'll be using your air fryer for before making a purchase.

In general, though, air fryers are very efficient and won't impact your energy bill too much. So if you're looking for a way to make healthier meals, an air fryer is a great option.

Is it cheaper to use an air fryer than an oven? So it is highly dependent on the cost of electricity.

Is it healthier to cook with an air fryer?

Yes, it is healthier to cook with an air fryer. Air frying is a form of shallow frying in which hot air is circulated around the food instead of using oil. This cooking method cuts calories by 70% to 80% and significantly reduces the amount of unhealthy fat consumed.

Additionally, air frying produces less smoke than traditional deep-frying, making it a more healthful option for those who want to avoid the harmful effects of indoor cooking fumes.

4 Tips for Cooking with Less Electricity

So, are you convinced that an air fryer is the way to go? If not, let us know in the comments below why you’re still skeptical. We hope that this blog post has helped shed some light on the benefits of using an air fryer – they’re not just for frying chicken nuggets!

Whether you decide to take the plunge and buy yourself an air fryer or not, we encourage you to cook more meals at home and experiment with new recipes. The possibilities are endless. 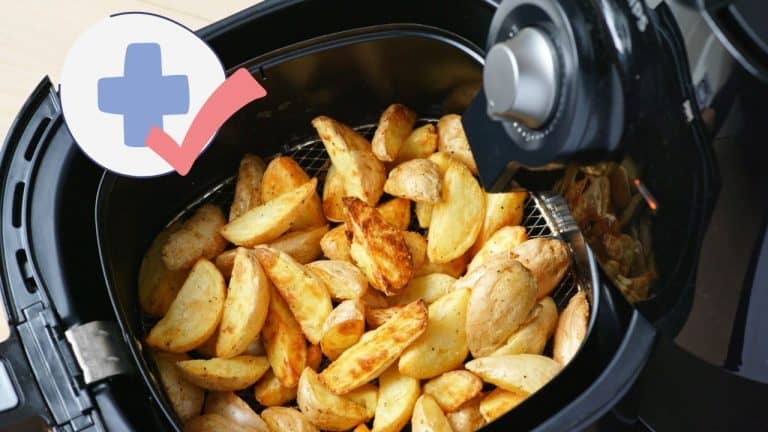 Are Air Fryers bad for you? Air fryers are all the rage these days. They are a great way to cook food without using a lot of oil, and they are perfect for those who are trying to eat healthier. But are air fryers bad for you? By most measures, the answer is no. Air…

An air fryer can undoubtedly make your life easier and healthier. But a lot of people wonder, if you can cook two things at once in an air fryer ? Not only that, it can allow you to reduce your monthly grocery bills as well. Your consumption of oil can reduce drastically. However, there are a few myths surrounding… 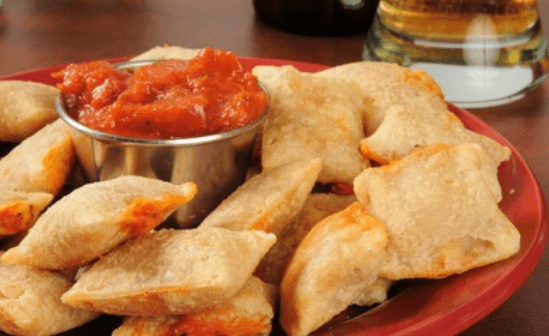 Looking for a delicious and easy air fryer recipe? Look no further than this Air Fryer Pizza Rolls! This recipe is simple to follow and only requires a few ingredients. Plus, it’s perfect for a quick snack or dinner. If you’re looking for something new to try in your air fryer, then be sure to… 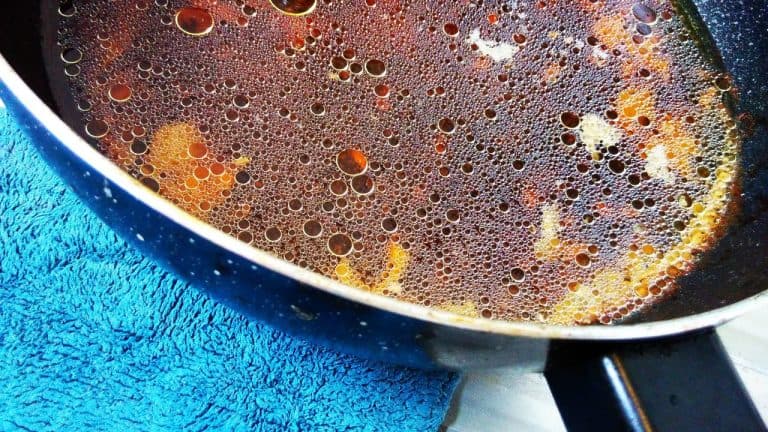 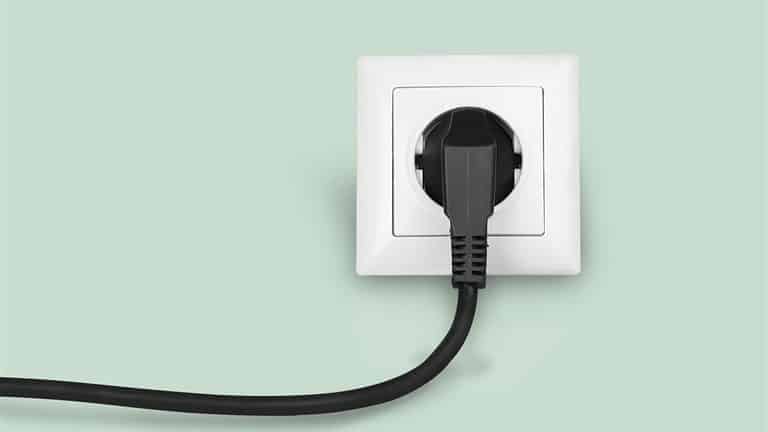 Lets take a look at the query can you keep air fryers plugged in, whether all the time or overnight in this article you will find out. Air fryers are one of the most popular kitchen appliances today, and for good reason. Not only do they cook food quickly and easily, but they also reduce…