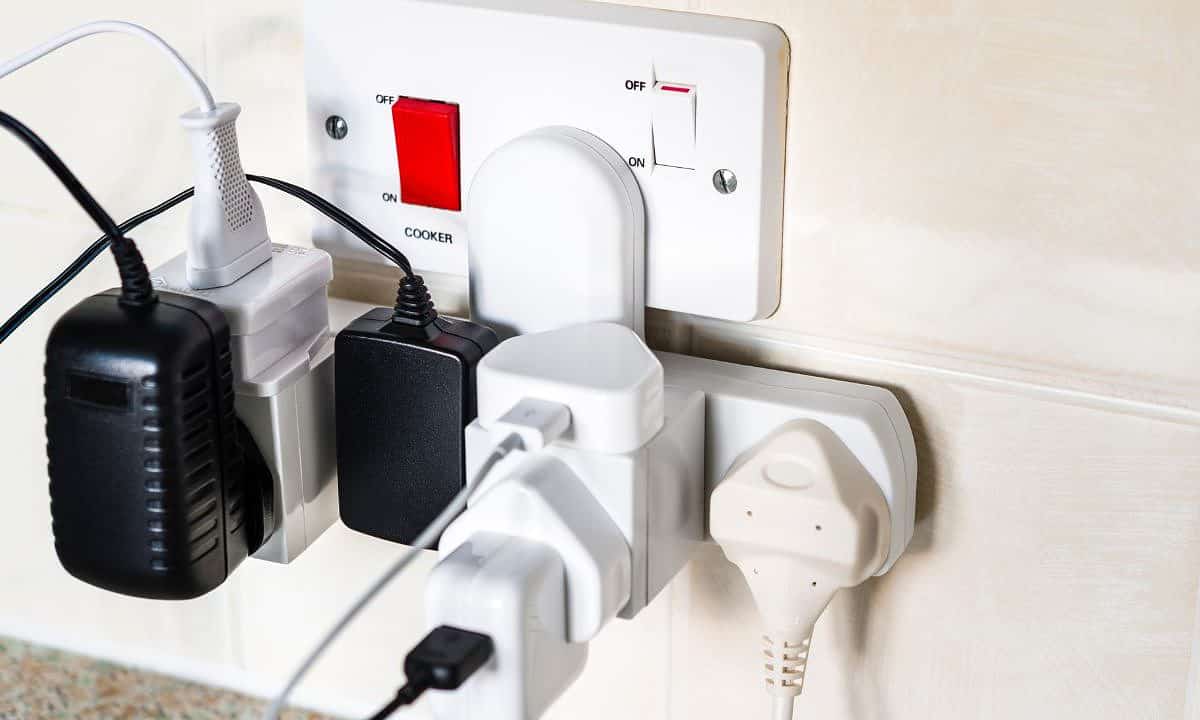 Today we'll look at how much power do air fryers use and can they actually save us money in the long run? Are you considering adding an air fryer to your kitchen arsenal, but you want to know how much power it's going to use?

You're in the right place! In this blog post, we'll cover the basics of how much energy air fryers use and what factors affect that usage. Read on for more details. How does an air fryer work?

An air fryer is a small kitchen appliance that uses hot air circulation to cook food quickly and evenly. It's like a cross between a convection oven and a deep fryer. The way it works is simple: the appliance draws cold air into its chamber and then rapidly heats it up with an electric heating element. As hot air circulates around the food, it cooks quickly, creating crispy results with little to no added oil.

How much power do air fryers use?

The amount of electricity used by an air fryer varies depending on several factors, such as size and model. Generally speaking, most models (4 Quart to 6 Quart Models) will use between 1400 -1800 watts of power when in use so when used for an average time of an hour you're looking at between 1.4-1.8 kWh of electricity being used.

For reference, a 60-watt lightbulb uses about 0.06 kilowatts per hour (kWh). So if you were to run your air fryer for one hour, it would consume around 1.4-1.8 units of energy. That translates to about $1 worth of electricity per hour during peak times (when rates are higher).

How much does it cost to run an air fryer? Running an air fryer is extremely cost effective, even when running it in San Diego where the cost per kWh is much higher, our total energy bill due to the air fryer would be approximately $170.82

In addition to size and model, other factors can affect how much energy your air fryer uses over time. For example, if you're cooking large batches of food at once or running multiple consecutive cycles (e.g., cooking several batches of French fries back-to-back), then your total energy consumption will be higher than normal.

The size of the air fryer has a large impact on its energy consumption. The bigger the air fryer, the more energy it requires to work. Aside from this, it also requires a larger preheat time.

The advantage of getting a bigger one is that it can be used to cook larger amounts of food in one batch — perfect for large households or frequent entertaining. The key to keeping an eye on energy consumption while using an air fryer is to know how much food you're cooking and buy according to your family's needs.

Get one that is too big or uses more power than necessary and you'll end up wasting both electricity and money!

The temperature setting of low and high also affects how much energy an air fryer will consume – lower temperatures will require less power than higher ones. Other options such as preheating and presets can also make a difference when it comes to consumed electricity by the appliance. Air fryers have become a popular kitchen appliance due to their healthy cooking capabilities and convenience. Despite their advantages, they consume quite a bit of energy over time.

Usage time is one of the biggest factors affecting the energy consumption of air fryers since bigger batches can take longer to cook and require more electricity.

In addition, the amount of food being cooked also affects energy usage in air fryers. A full basket will use a lot more power than a partially-filled one, so it's always smart to ensure that you have enough food in your air fryer to make it worthwhile

Frequency of use is one of the most important factors affecting energy consumption of air fryers. If you’re an occasional user, you will probably not see too much of a difference compared to someone who uses the product frequently - the more often you use an air fryer, the greater likelihood of higher bills!

The type of air fryer used also affects energy consumption. For example, if you have an older model, it is likely to consume a much larger amount of energy than a newer model due to its lack of efficiency.

So if you are looking for your air fryer to be as energy efficient as possible, look out for newer models that are equipped with advanced features and mechanisms like temperature control, timer setting, and adjustable speed settings which can optimize power consumption levels.

How much electricity does air fryer consume

Air fryers are becoming increasingly popular as a cooking appliance, thanks to their relative convenience and healthy benefits. But how much electricity does an air fryer actually consume? Well, it depends on the size of your air fryer and the frequency of its use.

Generally, an average-sized countertop model will draw around 1,800 watts during its operation. That might sound like a lot but that only converts to about 15% of what a standard oven uses while in operation – so it's still a great energy-saving appliance! Plus, some air fryers come with energy-saver or efficiency settings which can help lower the energy consumption when needed. So if you're looking for a healthier way to cook your favorite meals without sacrificing efficiency, then an air fryer might just be exactly what you're looking for.

Does an air fryer use more electricity than a microwave

Have you ever heard that air fryers might be more efficient than microwaves? Well it could actually be true! Air fryers are designed to use less electricity than a microwave when cooking, which makes them an attractive option for anyone looking to save on their utility bills.

The circulating hot air produced by the fan of an air fryer ensures that food is evenly cooked and can provide crispier results. While it may take slightly longer to cook your meal in an air fryer, the long-term benefits make up for the time difference.

Plus, air fryers come with lots of extra features like adjustable temperature controls that give you even greater control over your dish.

So if you’re interested in improving the efficiency of your kitchen while still producing delicious meals, an air fryer is worth considering.

Air fryers are a great, energy-efficient option when it comes to cooking meals. They work by circulating hot air around the food, allowing it to cook, crisp and brown like traditional oven-cooked foods.

But just how much electricity does an air fryer use compared to an oven? According to scientific studies, air fryers can be up to 80% more energy efficient than regular ovens. This means that for the same amount of wattage consumed, the air fryer will cook food faster and take significance less time to heat up.

So if you're thinking about cutting down on your energy bills and making your kitchen greener, you may want to consider investing in an air fryer!

Do air fryers waste a lot of electricity

Air fryers can be a great way to get crispy, delicious food without all the oil. But is your electric bill increasing every time you use an air fryer?

There’s no denying that running an air fryer uses electricity to operate its heating element, but it’s actually not as bad as you’d think. Compared to other forms of cooking, like deep frying and even oven-baked dishes, air fryers don’t take nearly as much energy. For instance, a recent study found that an air fryer only needs around 1 kWh per day in order to work—that’s around 250 times less than what a traditional oven requires!

From this data, we can conclude that while air fryers do use electricity, they typically waste much less than you expect.

Final Thoughts on How Much Power do Air Fryers Use?

Overall, while there's no hard-and-fast rule for figuring out exactly how much power your specific model will consume over time, most mid-range models will likely consume somewhere between 700–1200 watts of electricity when in use—or about $0.2 per hour during peak times.

Keep in mind that other factors like batch size, pre-set functions/timers etc., can also impact overall power consumption as well!

Hopefully this blog post helped give you some insight into the world of air frying so you can make an informed decision about whether or not an air fryer is right for you! Good luck! 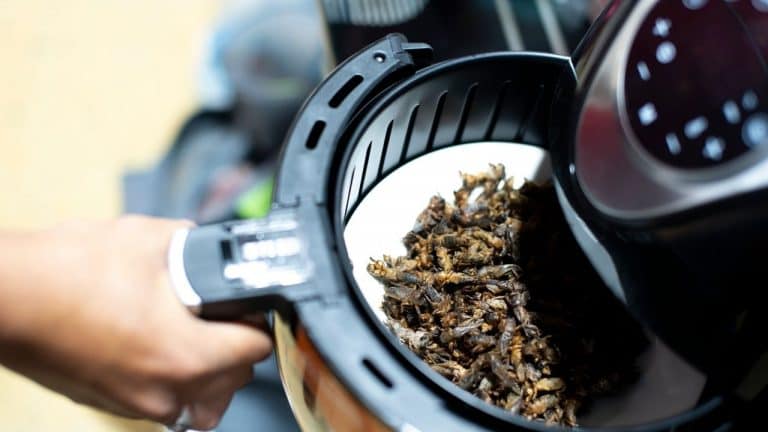 An air fryer is considered these days as an essential appliance in a kitchen as it can cook a wide range of ingredients perfectly like crunchy florets of cauliflower, and breaded chicken tenders, etc. Still, there are many food items you cannot cook in your air fryer. In this article we are going to discuss, what… 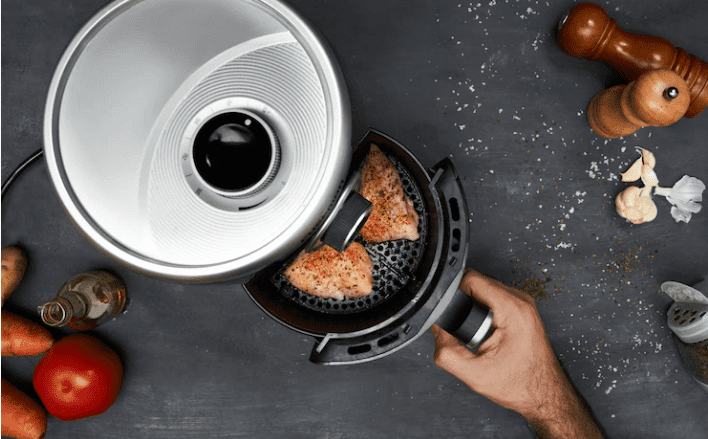 If you’re like me, you’ve asked, how does an air fryer work without oil? That’s the first question that came to my mind the first time I learned about air fryers because I’m always looking for ways to make my meals healthier. And I was so excited when I heard about air fryers! These magical… 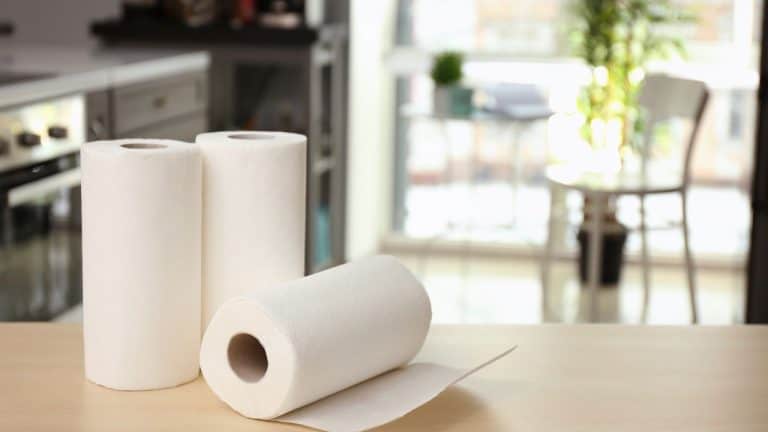 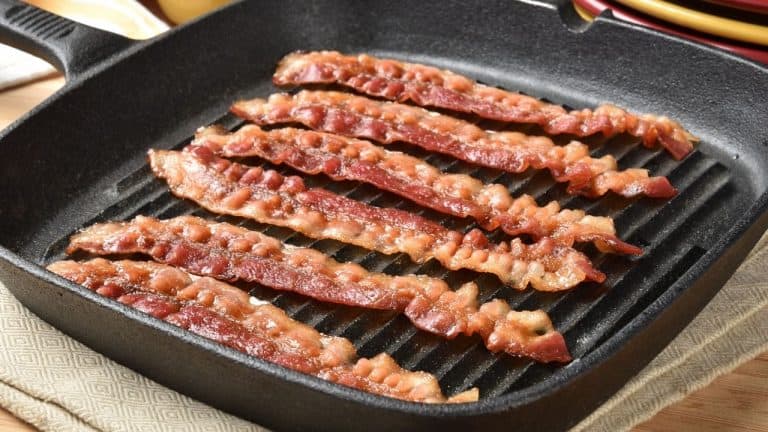 It’s popped into your mind, is aluminum foil safe in air fryer? It’s no surprise that we’re all looking for ways to make cooking easier. With the rise in popularity of air fryers, it seems like everyone is trying to find out if aluminum foil is safe in an air fryer. Air fryers are a… 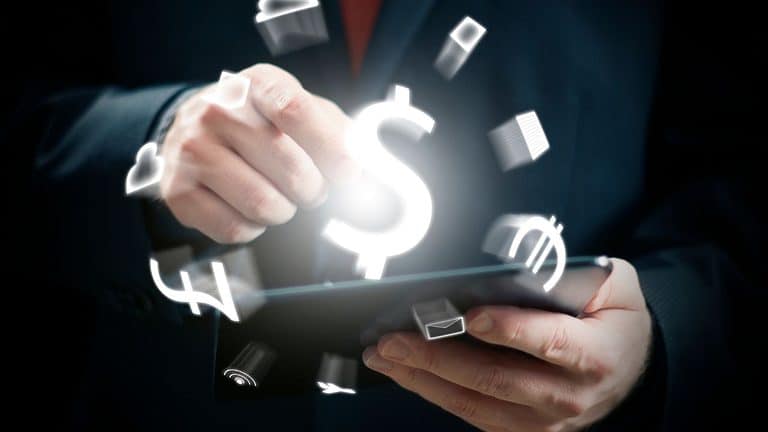